Showing posts with the label InTheBooth
Show all 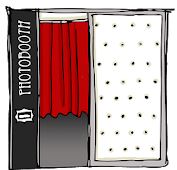 InTheBooth Mobile App Download the InTheBooth useful mobile app.  This app has been released by In the Booth PhotoboothsPhotography . Mobile Apps Developer of InTheBooth has described the features as,The ‘In the Booth’ Photo Booth App allows guests of an In the Booth event to download digital copies of images taken in the Photo Booth. Images can be saved to the local device for sharing and safe keeping. Guests can also take images on their own mobile devices and send them to an In the Booth Photo Booth to be printed whilst at an event.  InTheBooth has been installed between 100+ times by users at the time of this review and has an average rating of Loading... in Google apps store. InTheBooth app has not been reviewed yet. InTheBooth app size  26M and can be installed on any Android device running version 4.2 and up. Apps Name InTheBooth Apps Developed In the Booth PhotoboothsPhotography Current Version 2.4
Post a Comment
Read more
More posts