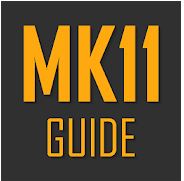 Kombos and Guide for MK11 Mobile App Download the Kombos and Guide for MK11 useful mobile app.  This app has been released by UpkominGGamesEntertainment . Mobile Apps Developer of Kombos and Guide for MK11 has described the features as,With Kombos and Guide for MK11 you can learn kombos for all your favorite fighters with tutorials, videos and inputs help. Check the Move List and learn all Fatalities, Brutalities, Special Moves, Basic Attacks, Kombo Attacks and Crushing Blows to destroy your opponents. Learn all secrets from the Krypt to help you unlock all its content. More features coming soon! We are continuously working to bring all characters data from the game to the app and to make new kombos tutorials. So far, kombos tutorials (with videos) are available for the following characters: - Skarlet; - Baraka; - Kabal; - Noob Saibot; - Scorpion; - Liu Kang; - Sub-Zero; - Shao Kahn. *All kombos and videos were created by us exclusive for the app!
Post a Comment
Read more
More posts